As a young man in college I was fascinated by the ancient ways of indigenous peoples, so I got my bachelor’s degree in anthropology.

Still fascinated after graduation, I did graduate work in ethnographic documentary filmmaking.

Later, in my back-to-the-land phase, I had a goat who fell ill. Even though the vet said she was incurable and would soon die, I treated her the old way, with herbs.  The goat was quickly cured, and I discovered I had  a passion for traditional healing. Fifty years later, that passion is still with me. It keeps bringing me closer and closer to ancient wisdom.

After doctoring my goat I had a few more successes with my homegrown herbalism, but in order to be really effective it was clear l had a lot to learn a lot about health, illness and healing, so I began to look for a teacher.

Eventually I found the teacher I was looking for in the person of J.R.Worsley, the great English acupuncturist. Although Worsley was not an herbalist, he introduced me to a way of healing that touched people’s spirit and gave them a richer, fuller experience of life. To my surprise, their symptoms improved or vanished as a side effect of that spiritual change.

I practiced acupuncture, got a Master of Acupuncture degree  with Dr. Worsley, and taught on the faculty of his college. I noticed that the power of his medicine arose from a non-Western view of healing and illness. The view is an ancient one, having been passed down in China from teacher to student for many generations.

When the time came to return to the U.S., I promised myself I  would find a way to heal with plants at the depth I now knew it was possible to reach. Once again I looked for a teacher to guide me, but I had no success until I began dreaming with plants and asking them to show me their spirit medicine. The plants responded with enthusiasm. They said they had been waiting 200 years for someone to ask for this kind of help once again.

Unawares, I had stumbled across an ancient wisdom approach to healing, one that had provided for the local indigenous peoples for many generations until genocide apparently wiped it out.

The local plants instructed me in their spirit medicine. I learned quickly because the plants found my ancient Chinese worldview a congenial language for teaching me. They said the Western view makes no sense because it doesn’t recognize the awareness and wisdom of plants.

Gradually I introduced what I now called  ‘Plant Spirit Medicine’ into my healing practise. I expected the plants would provide healing comparable to what my acupuncture practise had provided, but the medicine of the plants exceeded my expectations. Eventually I set needles aside and devoted my whole practise to the plant spirits.

“Could this medicine be taught to others? ” I wondered. I experimented with teaching it, and found that others could indeed learn. In fact, many were eager to learn, so I spent more and more time teaching. I taught hundreds of people. Some became healers in their own right, others did not, but all benefited from seeing the world through new eyes, which were actually the ancient eyes of wisdom.

One day I was sitting in a waiting room, reading a magazine which was mostly devoted to articles about an indigenous people in Mexico called the Huichols. I had never heard about the Huichols before, but when I discovered their healers view healing as a spiritual practise, I felt a lightning bolt strike my heart. I had to meet these people.

A year later I found myself in a small village in Mexico attending a ceremony led by an old master Huichol medicine man, don José Ríos, who was singing in the Huichol language. Although I didn’t understand the language, I saw visions of the sacred places don José was singing about.

Before leaving the village, I had two healing sessions with the old man, who knew all about me without my telling him anything. When he finished the healing work and put away his feathered wands,  he said I was clean, and that was just how I felt…I saw with the eyes of wonder, like a little kid, yet I still had the experience of my years.

I left the village knowing there was something important in the  medicine of these people. After the death of my father it felt urgent to find an authentic medicine person who would teach me. I looked for six years, and saw many interesting healers, but nothing clicked until I met a Huichol shaman named Guadalupe González Ríos, who recognized that I had been called to the path of the Huichols – a people who have stayed true to their wisdom ways for thousands of years. Don Lupe took me on as his apprentice. Now I was on my way to learning the ancient medicine that had touched me so deeply.

Don Lupe was a clever and difficult teacher, but with the help of the God of Fire I completed 7 years of apprenticeship and was initiated as a mara’akame, or medicine person in 1998. Now I began to use my own feathers to bring miraculous healing to people.

After 6 more years of apprenticeship I was given the rare honor of initiation as a ‘tsaurirrikame, or elder mara’akame.  In gratitude I have dedicated my life to making ancient wisdom available to modern people.

The Huichol people have remained faithful to their wisdom ways for thousands of years. Eliot sees that our abandonment of the hard-earned wisdom of those who came before us has created crisis in every aspect of our society and estranged us from ourselves, each other, and the natural world.

To help make ancient wisdom available he has successfully apprenticed other Westerners as mara’akames. To those in need of healing he offers the treasures of Huichol healing and Plant Spirit Medicine. He takes people on pilgrimages so they can receive blessings from sacred sites. He founded the Blue Deer Center as a home for the wisdom teachings and practices of many peoples. He offers effective funerary rites. He conducts weddings. He practices traditional Huichol healing. He teaches and practices Plant Spirit Medicine. He teaches right relationship with totem animals. He offers counsel to those in need of guidance. And at the age of 74, he continues to look for ways to help make ancient wisdom and healing available to modern people today. 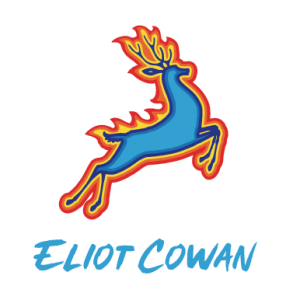